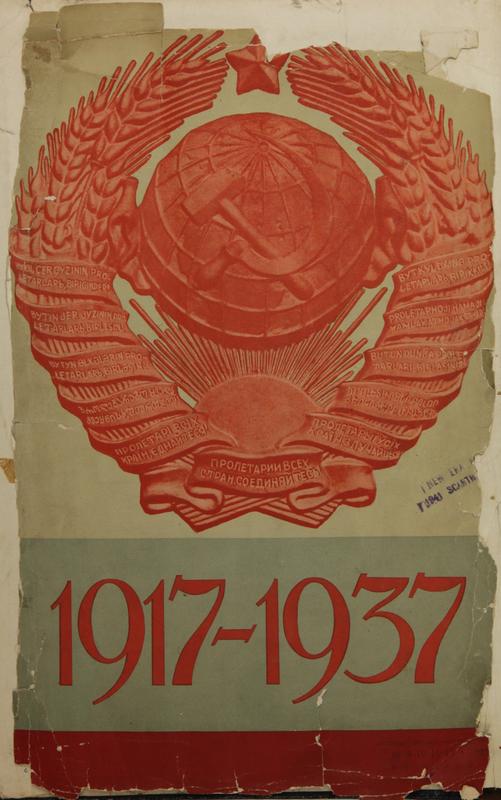 In 1937, issues 9, 10, 11, and 12, representing September, October, November, and December, respectively, were released in a single, combined issue. It celebrates the 20 years since the Great October Socialist Revolution, and focuses upon the articles of the Constitution of the Union of Soviet Socialist Republics, as well as profiles of various republics within the USSR. 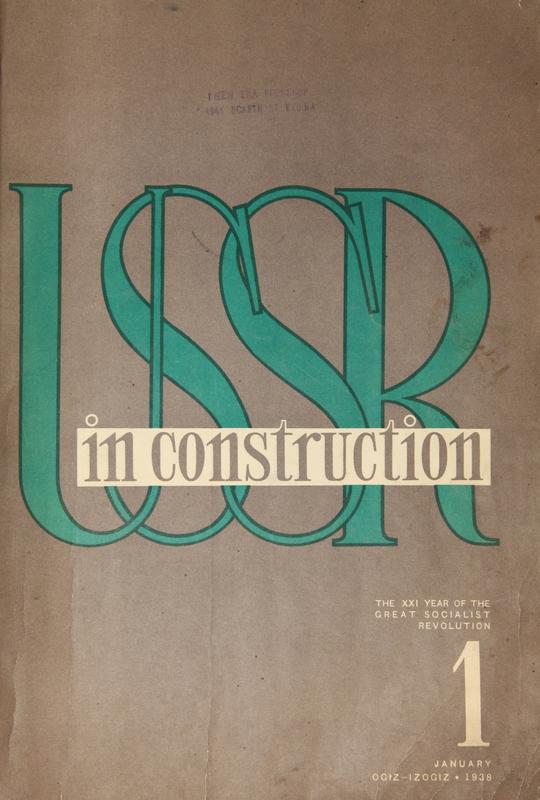 The first issue of 1938, released in January, is centred on Soviet cinema. It places importance not only on the art of cinema, but the industrial aspects as well, emphasizing statistics. The issue also includes a number of smaller pages. 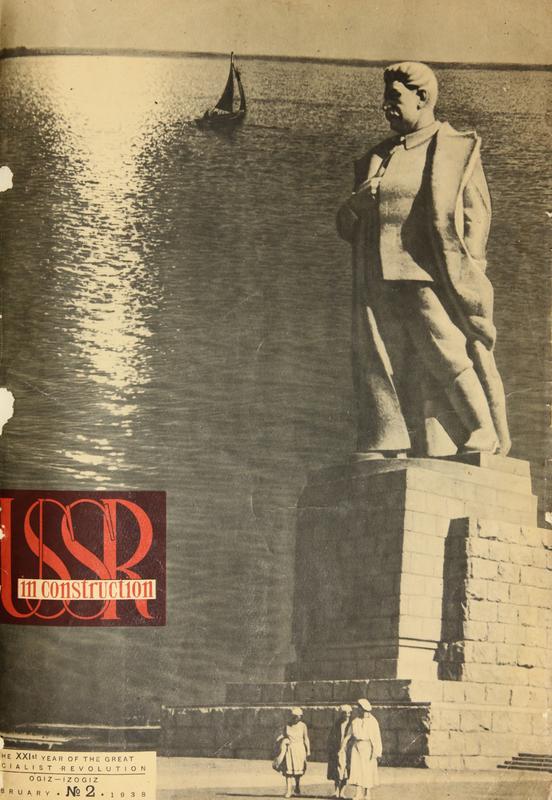 Issue 2 of February 1938 shed a spotlight on the Moscow-Volga Canal, a canal that connects the Moskva River with the main transportation artery of European Russia, the Volga River. The issue presents a photojournalistic tour, accompanied by elaborate desciptions, of the Canal. Only passing mentions are made of the Gulag prisoners who were forced to construct the canal over the period of 1932 to 1937. 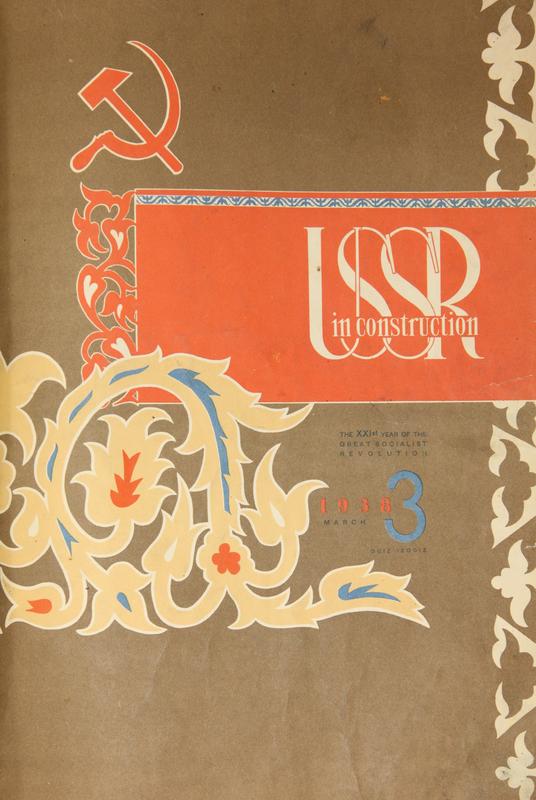 In March, 1938, Issue 3 was released. The issue is a profile of the Kirghiz Soviet Socialist Republic, which is now modern day Kyrgyzstan located in central Asia. Emphasis is equally divided between different aspects of the Kirghiz Soviet Socialist Republic, including natural resources, agriculture, education, arts and culture, and politics. It is unique from other issues in its graphic design, which features curlicues and other such graphical elements.

Election of the Supreme Soviet of the USSR 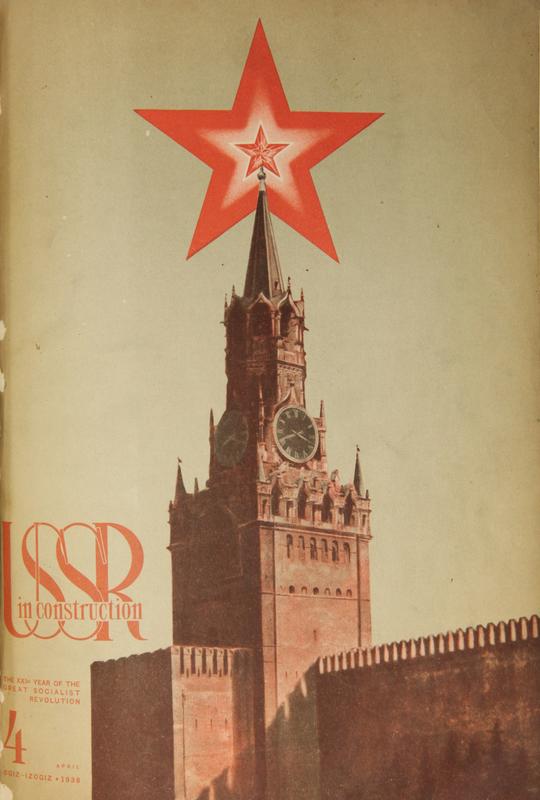 Issue 4 of 1938 was published in April. It emphasizes the right of all citizens to vote, particularly focusing upon youth and women. There are numerous depictions of average citizens casting their votes.

In July of 1938, issue 7 was published. The issue highlights Soviet railways, focusing not only upon the founders, but the workers and passengers as well. 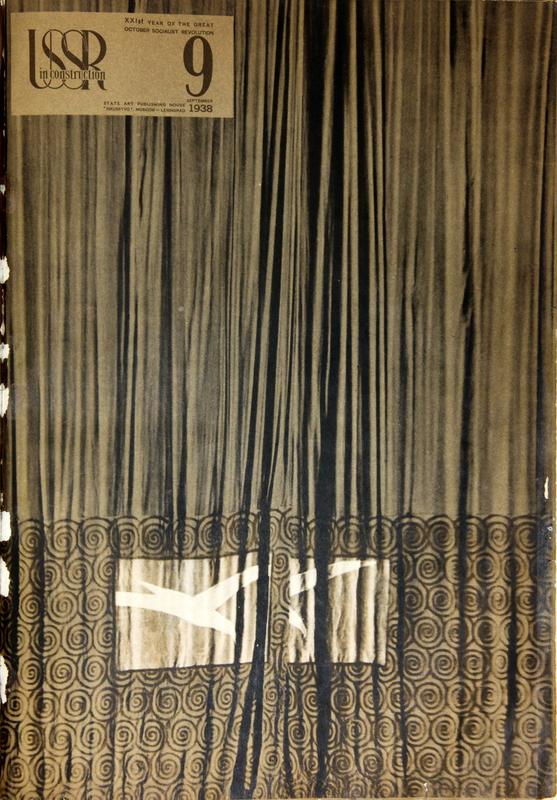 The Fortieth Anniversary of the Moscow Art Theatre is celebrated in issue 9, the September 1938 issue. Notable playwrights, actors, performances, and plays are showcased in a layout that is relatively gridlike. 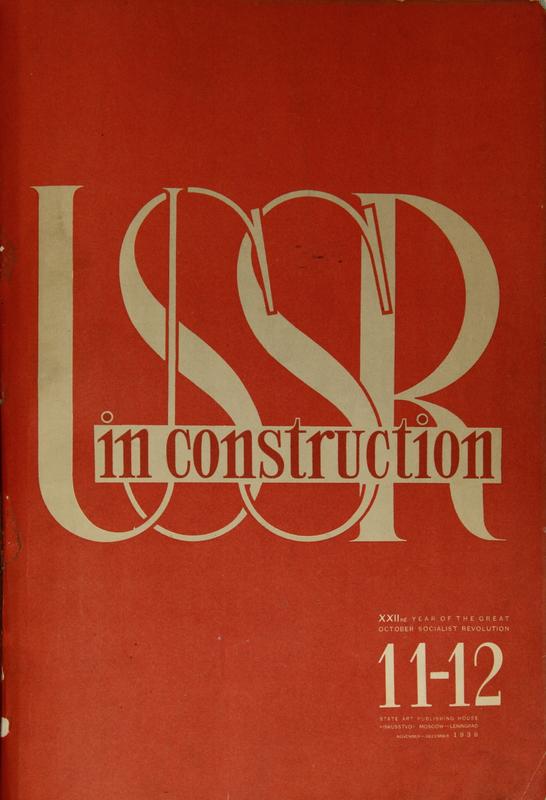 While the pages designating the theme for the combined November/December 11/12 issue of 1938 are missing, the focus of the journal is on Kiev, the capital of the Ukrainian Soviet Socialist Republic. Highlights include panoramic views of the city and a multi-page foldout.

The back cover of this issue is missing, therefore there is limited bibliographic information available. 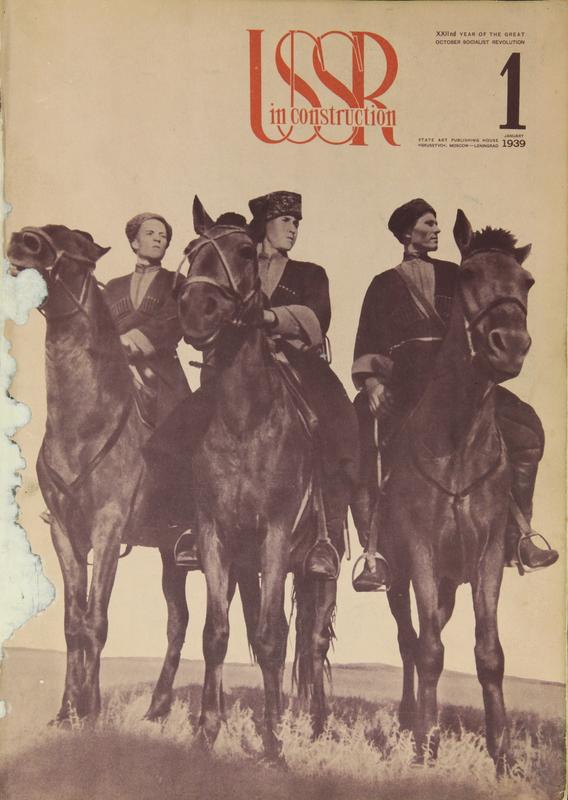 In Issue 1 of January, 1939, the focus is on Soviet Cossacks, a nomadic people especially noted for their horsemanship. Particular importance is placed upon horses, agriculture, and military exploits.